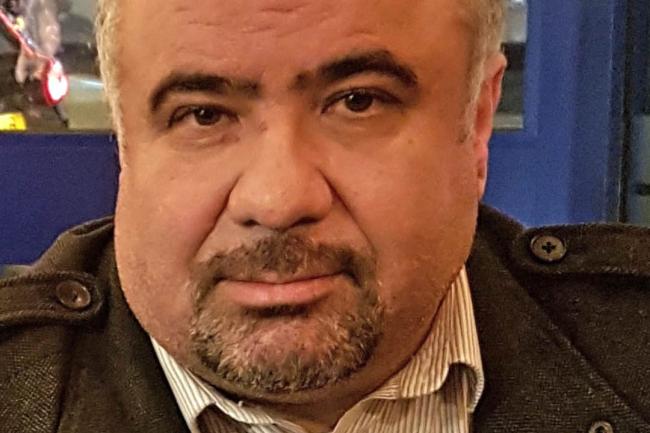 A teenager has paid touching tribute to his “inspiring role model” father after losing him to coronavirus, saying “what he taught me as a child has helped me to deal with this now”.

Cab driver Haci Ali Dogus, 49, from Hackney in London, had no underlying health conditions, but died on March 25 after contracting the virus, leaving behind his wife and two young sons.

Mr Dogus, who worked for taxi firm Addison Lee, spent his final days at Homerton Hospital where he was on a ventilator.

When the day came, I was shocked, but what he taught me has helped me to deal with it

His eldest son, 17-year-old Mert Dogus, who is studying for his A-levels, said he is still aiming to go to university to make his father proud.

He added he is helping his 12-year-old brother deal with their loss by playing together and talking about happy times spent with their father.

Mr Dogus said: “I remember when we were younger, my dad was always the one to play with us.

“And as we got older he taught us how to be an adult. If he was here a bit longer my brother would have learned so much too.

“He used to tell me a lot: ‘you don’t know what’s going to happen tomorrow, so you need to prepare yourself for anything’.

“When the day came, (when he passed away), I was shocked, but what he taught me has helped me to deal with it.”

“He was inspiring to a lot of people, he always helped people out,” he added.

“Some days on getting home from work he would be so tired, you could see from his face, but he would always be there for us and ready to work again the next day.

“He wasn’t just a good father to me and my brother – my mum would tell me stories about what they did when they were younger. They were always smiling and playing around.”

Debbie Mitchener, 47, a neighbour and close friend of the family for over a decade, has set up a fundraiser for them after worrying about how they would cope financially.

Ms Mitchener, whose 15-year-old son is close friends with Mert, called on the Government to support families who are not only struggling with grief but have lost their income following the passing of a loved one.

“The Government need to step in and help families like this.”

Paying tribute to her “beloved” friend Mr Dogus, she said: “He was a wonderful family man, his wife and his sons meant the world to him and he raised two beautiful boys.

“He will be missed every day by those boys, it was too soon for them to lose him.”

She added: “As far as the family are concerned, they are finding it very difficult to comprehend.

“She keeps thinking he is still here, she keeps expecting him to walk through the door and say this was all a sick joke.”

Nearly two weeks after his passing, Mr Dogus’s family have not yet had his personal belongings including his phone returned by Homerton University Hospital.

If you would like to donate to the fundraiser for Mr Dogus’ family, please visit – https://www.gofundme.com/f/in-loving-memory-of-haci-ali-dogus